This Memorial Day weekend, nearly 400 Juniors, Seniors, and lecturers came together for the 45th annual AYF-YOARF Junior Seminar, making this year’s Seminar the highest attended in many years. The theme of the weekend was “Մեր Յաջողութիւնը Մեր Հաւաքական Ուժին Մէջ Է: Our Success Lies Within Our Collective Power.” 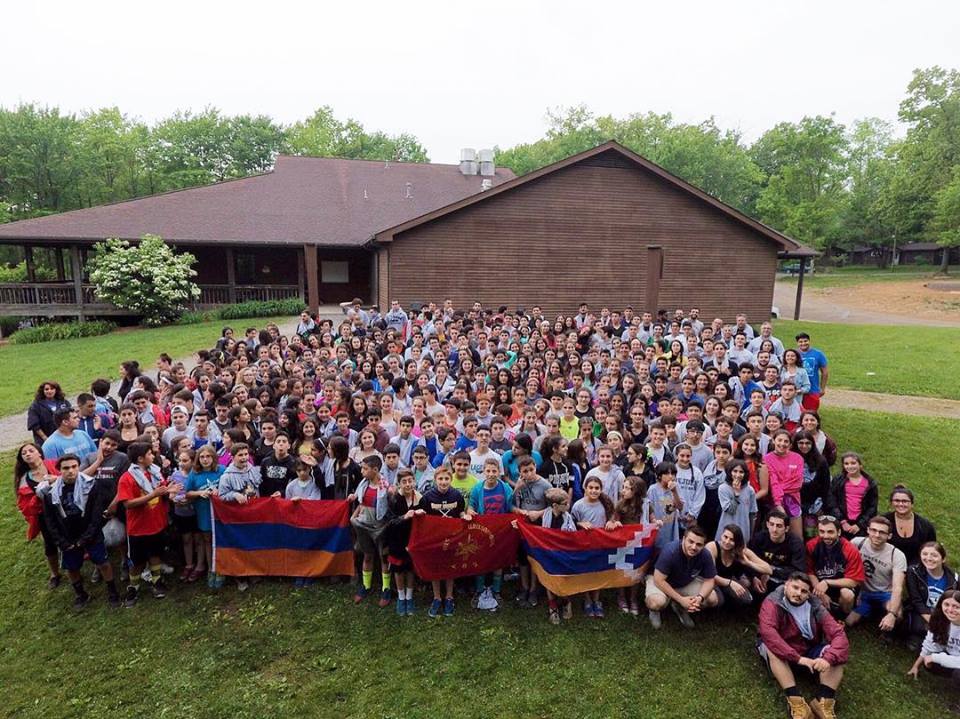 The goal of the weekend was to instill in Juniors and Seniors the idea that a collaborative and united effort from both our homeland and our diaspora, in its entirety, is needed in order to progress and succeed as a people.

Aram Hamparian: ANCs Around the World and the 2016 Presidential Elections

Sarine Adishian: History and Accomplishments of the Eastern Region This year’s lecture series was honored to have Lernik Hovhannisyan, a member of the Armenian Revolutionary Federation (ARF) parliamentary faction in Artsakh, join us. He lectured about the current state in Artsakh following the “Four-Day War” in early April and emphasized the importance of supporting Artsakh.

Raffi Killian joined him and discussed the Artsakh Project. The goal of the project is to expand the Arajamugh village to include 50 homes, complete with a kindergarten and a cultural center to serve as a model village.

On Friday after everyone arrived, we had the Armenian Diasporan Communities Night with each chapter performing a song, dance, or skit to convey the importance of that community.

The Saturday night activity encompassed the theme of the weekend. Juniors were split up into groups and were required to work together to complete a series of tasks, from answering trivia questions to forming a human knot then having to untangle themselves without breaking the chain of hands. Once the tasks were completed, each group was given a large puzzle piece. Once the puzzle pieces were brought together, they revealed a picture of the Sardarabad Monument celebrating May 28, Armenia’s First Independence Day. The night activity also included a speech from Hovhannisyan discussing the importance of the Battle of Sardarabad. He stated that we can accomplish anything as long as we remain united as one people and act as one nation working towards a free, independent Armenia and Artsakh. The night ended with the entire camp singing “Sardarabad.”

Sunday was a memorable day for everyone at Seminar. During flag lowering, the AYF-YOARF welcomed five new members, four from the newly formed Florida “Arev” Chapter and one from the Chicago “Ararat” Chapter, who took their oaths alongside all of their new ungers. “Our Success Lies Within Our Collective Power.”

Of course, the weekend would not be complete without many people’s favorite part of Seminar: the dance. Juniors and Seniors joined together and danced to live Armenian music for hours, which was followed by singing revolutionary songs.

It is the committee’s hope that both Juniors and Seniors left the weekend with a deeper understanding of the events going on around the world and realize more fully the impact that we as Armenians and AYF-YOARF members can have, as long as we always remain united. Մեր Յաջողութիւնը Մեր Հաւաքական Ուժին Մէջ Է: Our Success Lies Within Our Collective Power.