WATERTOWN, Mass.—A crowd of about 450 friends and supporters of the St. Stephen’s Armenian Elementary School (SSAES) gathered on March 12 at the Sorenson Center for the Arts at Babson College in Wellesley to celebrate the school’s 30th anniversary. The celebration, presided over by His Eminence Archbishop Oshagan Choloyan, Prelate of Eastern United States, raised approximately $150,000 to support the school’s endowment fund. 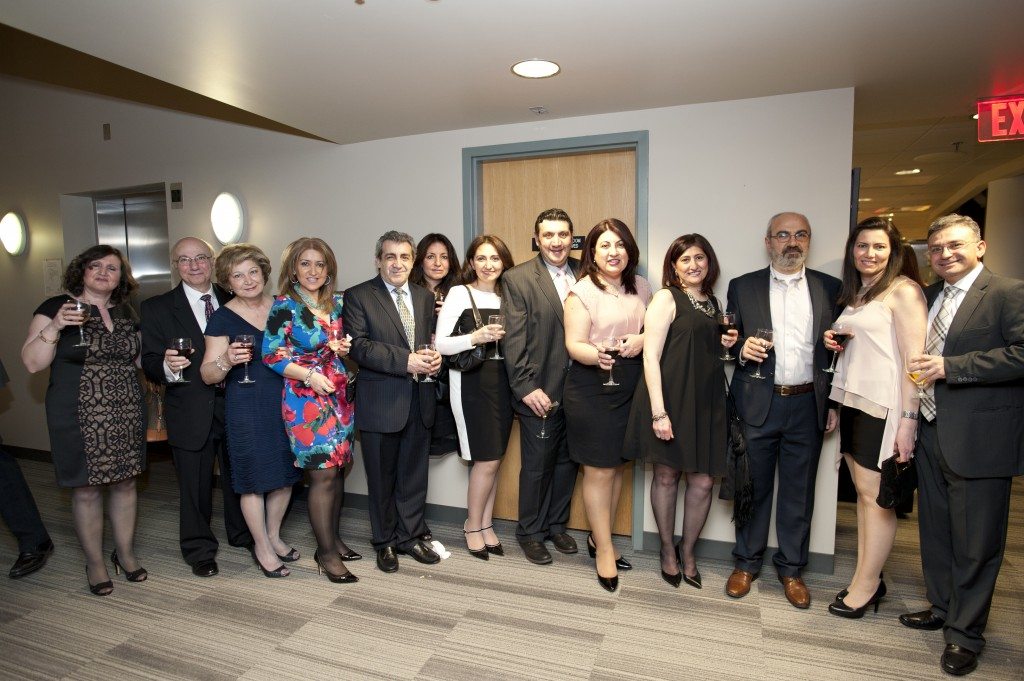 The outpouring of love and support expressed for the school was a testament to the longstanding and central role that this educational institution holds in the Armenian community of the Greater Boston area. The anniversary celebration started with a cocktail reception, which gave parents, alumni, and friends the opportunity to mingle and reconnect. Then, the attendees were invited into the auditorium where the program was introduced by master of ceremonies and SSAES alum Tamar Kanarian (Class of 1994), who welcomed everyone and reflected on her own journey at the school.

The program began with an invocation by Archbishop Oshagan Choloyan, followed by a touching testimonial from SSAES alum Ani Nalbandian Attamian (Class of 1992), who had flown in from London for the occasion.

In her remarks, Houry Boyamian, the principal of St. Stephen’s Armenian Elementary School for 28 years, paid tribute to the school founders, to past and present members of the school board and committees, St. Stephen’s Church pastor Rev. Archpriest Antranig Baljian and its Board of Trustees, as well as to the administrative and teaching staff. She thanked the 30th Anniversary Committee, headed by Sarkis Ourfalian, for its tireless work to make this a memorable event. She also expressed her gratitude to the local Armenian organizations, as well as to past and present donors and benefactors of the school for their generosity and continued support. “From the early days of the school, we were aware of the challenge facing us,” Boyamian said. “In a region that is home to some of the best educational institutions in the nation, an Armenian school would have to offer an excellent education in order to thrive and meet the demands of a modern American society, all the while preserving and maintaining our Armenian culture and heritage. Over the past 30 years, we have succeeded in rising to the challenge, by providing a competitive educational curriculum with a strong foundation in Armenian language and culture, and by instilling a deep sense of identity into hundreds of Armenian American students.”

Boyamian concluded by saying, “We have reached our 30th anniversary together. And together, with your faith, your commitment, and your support we shall continue our journey ahead, to a future that is brimming with promise and potential. So tonight, I invite you all to join me in ensuring a bright future for many more generations of proud Armenians to come.” Following the principal’s address, Ourfalian took the stage to recognize major donors and contributors to the event. He expressed his sincere appreciation of the voluntary efforts of the Armenian community at large. Ourfalian concluded his remarks by engaging the entire audience and affirming, “You are all part of the SSAES family and each one of you holds the key to its future.”

The second part of the program featured renowned singer Alla Levonyan from Armenia who transported guests back to the homeland with her warmth and emotionally charged songs. Pianist Jasmine Atabekyan accompanied Levonyan and won the audience’s acclaim after performing a breathtaking rendition of Khachaturian’s “Sabre Dance.”

The event concluded on a high note with a lavish dessert reception.

St. Stephen’s is the only Armenian day school to be fully accredited by the Association of Independent Schools in New England (AISNE), the accrediting body for independent elementary schools. AISNE has commended the school for “creating an environment where all the students love to read and appear committed to academic excellence.” The AISNE team also commended the school and the principal for recruiting a remarkably talented and dedicated staff. The school’s accreditation in 2003 by the AISNE confirmed that the school holds itself to high standards and is in compliance with the best practices of AISNE’s accreditation protocols. 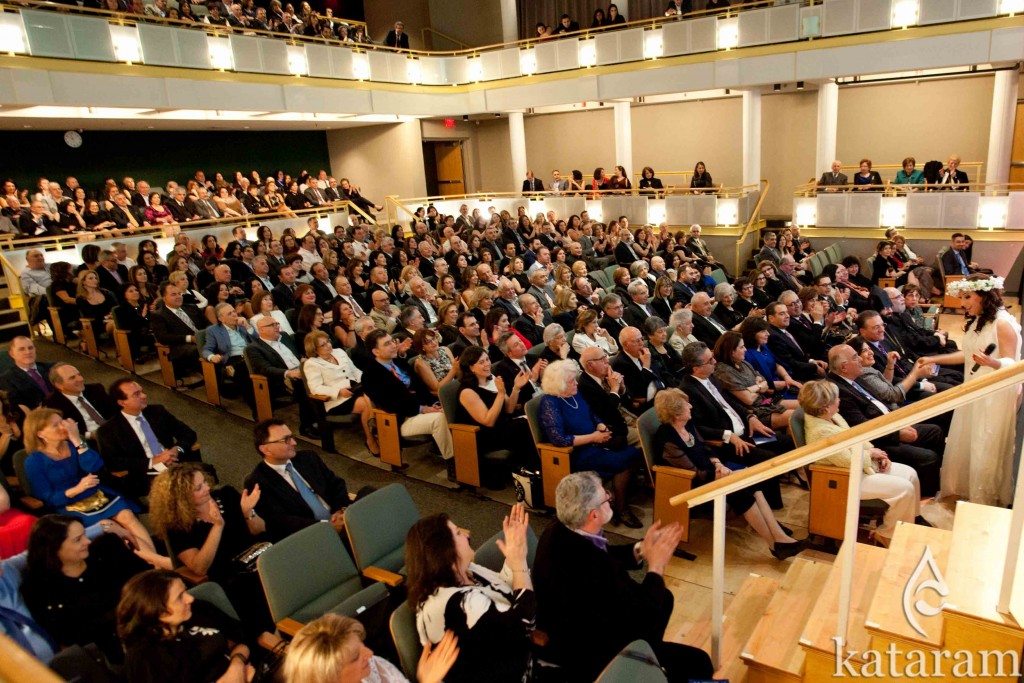 A shot of the crowd (Photo: Kataram Studios)