Born and raised in Fort Lee, N.J., Ara Dinkjian’s musical training took root in the 1960’s and 1970’s under the watch of a prominent circle of musicians who specialized in Ottoman-Armenian folk and Orthodox liturgical music. Only five years old, his first gig occurred as a percussionist accompanying his father Onnik at the 1964 World’s Fair in Flushing Meadows, N.Y. Ara Dinkjian would go on to become the Hartt Conservatory of Music’s first degree-holder in oud. Born and raised in Fort Lee, N.J., Ara Dinkjian’s musical training took root in the 1960’s and 1970’s under the watch of a prominent circle of musicians.

The budding musician garnered attention in the 1980’s with his group “Night Ark,” a quartet that blended jazz-infused western harmonies with Ottoman folk melodies. Dinkjian’s compositions and performances earned the support of listeners throughout the Middle East, southeast Europe, and beyond. He became a choice composer for Turkey’s Sezen Aksu and Greece’s Eleftheria Arvanitaki, both venerated vocalists within their respective countries. In 2004, Arvanitaki performed Dinkjian’s composition “Dinata Dinata” during the closing ceremonies at the Athens Summer Olympics.

Long considered one of the world’s great oud masters, Dinkjian has regularly traveled throughout Turkey to deliver concerts before adoring audiences. The oud is ancient, yet his approach is fresh. The idioms he utilizes are steeped in tradition, yet his interpretation innovates the instrument’s identity. His musicianship is an aural reimagining of history and the hope of unity for a fractured land. Long considered one of the world’s great oud masters, Dinkjian has regularly traveled throughout Turkey to deliver concerts before adoring audiences.

Listeners have found in Dinkjian’s fragile phrasings a musical manifestation of their own vulnerability as minorities under the Turkish state’s oppressive rule. Armenians, Kurds, and many others in the country remain second-class citizens and must negotiate the tensions of institutionalized discrimination.

In April 2015, Dinkjian returned to Istanbul where he ascended one of the city’s great stages—the Istanbul Congress Center—alongside Jordi Savall, Haig Yazdjian, Kardeş Türküler, and many others. They performed, before thousands of supporters, in one of the largest concerts ever organized in Turkey dedicated to commemorating the Armenian Genocide. The concert—“In Memoriam / 24 April: In memory of the Armenian intellectuals sent to their deaths in 1915”—offered both somber and hopeful notes. Poetry recitations and speeches celebrated the spirit of survival while honoring the leaders and intellectuals who were rounded up and slaughtered a century ago. In April 2015, Dinkjian returned to Istanbul where he ascended one of the city’s great stages—the Istanbul Congress Center. (Photo: April 24 2015 in Istanbul)

The halls snaking through the venue reflected this dual meaning of remembrance and renewal. A wall of portraits displayed the bygone leaders. Cameras and microphones from the local and international press conducted interviews with the concert’s organizers and participants. Concession tables sold history books and videos detailing the “Ermeni Soykırımı” (the Armenian Genocide). Also available were two of Dinkjian’s three CD releases in 2015: “Diyarbakiri Hokin,” a folk music revival featuring his father and vocalist Onnik performing songs from Diyarbakir (Dikranagerd) and the surrounding Armenian vilayets in the vanishing dialect of Armenians from Diyarbakir; and “1915-2015 / Truth & Hope (In Memoriam April 24th),” a collection of original, folk, spiritual, and patriotic songs presented as a musical reflection upon and tribute to the past century of the Armenian experience, particularly in Anatolia (his third release in 2015 came with the renowned chamber group Secret Trio). In the surrounding streets throughout the week of the Centennial, tens of thousands of sympathizers occupied deportation sights, shut down pedestrian thoroughfares, and demanded justice with their speeches and memorials. 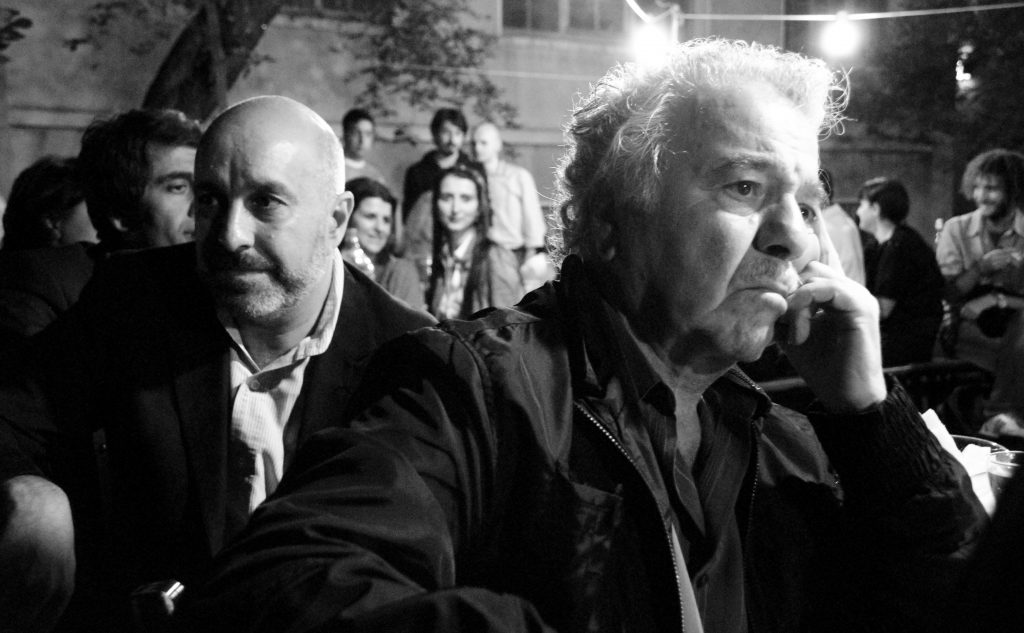 As the descendent of Armenian Genocide survivors, Dinkjian recognizes the freedoms he enjoys as an American citizen. Yet through his music and performances, he remains intimately engaged with the conversation about the legacy and status of minorities in Turkey.

Watch the short documentary below.