Guidance, Support from a Knowing Community

Susan is like a second daughter to me. I taught her religious education and Armenian studies. I was there when she graduated high school and college. I watched her get married and raise a family. I taught her children Armenian. And I was there offering support during her bout with breast cancer.

Now, she’s encouraging me through my ordeal with Level 4 inoperable cancer. The other day in church, she took my hand and gave me a hug.

“You were there for me and I want to be there for you,” she whispered in my ear. “It affects all of us inside our community. We’re all family.”

Susan has been through her share of hardship. She lost a brother and has a dad institutionalized with Alzheimer’s the past seven years. Cancer was the last thing on her mind. She was but 45 at the time. 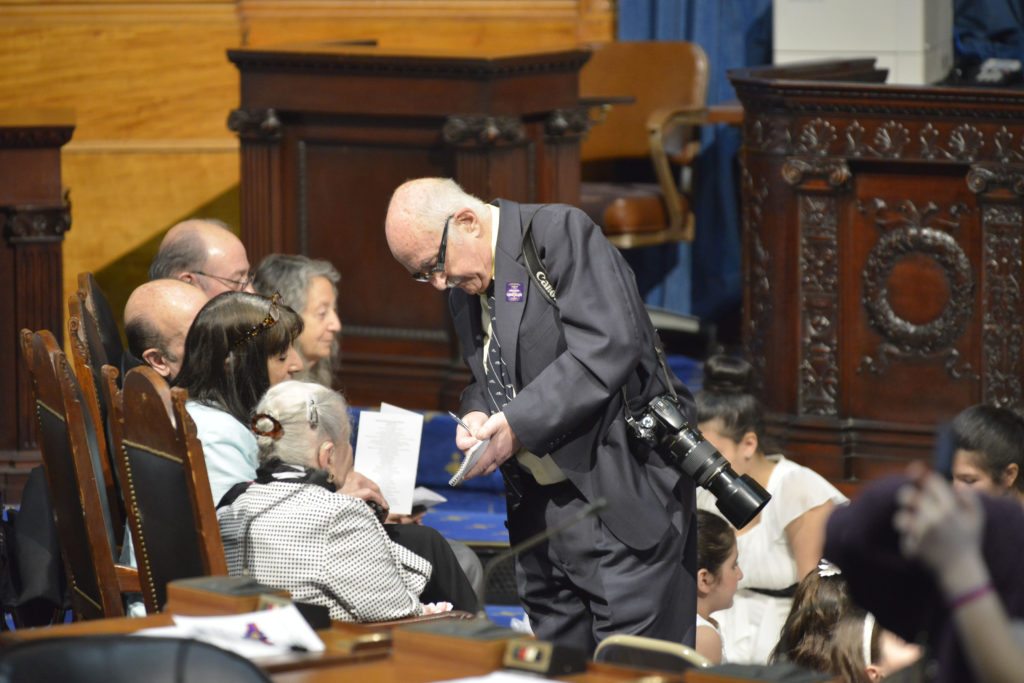 “How are you dealing with it?” I asked during her ordeal.

“The only way I know how,” she answered, “with a good degree of levity. I’ve become the Mad Hatter.”

And that’s what Susan did with her illness. She introduced a blog and wore these outlandish disguises. One day, she came dressed as a pirate with a patch over her eye and the next day as a chef with an armful of groceries.

The hats were worn to match the outfit. A baseball cap came on when she cheered for her favorite team — and there were days when there was simply a bandana. Or no hat at all.

One look at Susan and you never would have known she had a problem.

“By bringing a smile to others, I find it’s the best medicine for me,” she confirmed. “A good sense of humor often works wonders. I want to show people that you can overcome obstacles with a positive attitude.”

In a piece called “Hair today, gone tomorrow,” she detailed her reaction to the treatments. Susan is now in remission, enjoying a healthy lifestyle, and there to stimulate others like myself. How can you help not feeling enamored by her optimism?

The same could be said for Alex. He played college football and was a gifted weight man in track. His size and demeanor were merely a front for his compassion and tenderness.

Alex was winning gold medals in track and making all-star teams. Nobody ever figured him for non-Hodgkin lymphoma, least of all me.

I wrote stories about Alex in the ethnic papers. He, too, had a blog to match his spirit. And with the right degree of willpower and fortitude, he gave his cancer the boot. Now, he’s repaying the favor.

A letter he sent to me was filled with buoyancy and hope. I shed a tear over it.

“One of the hardest aspects of dealing with the disease was communicating with all those around me that cared so deeply about me and my well-being,” he wrote. “Many days, I found myself picking up friends and family members that were having difficulty coping with my diagnosis. It’s kind of ironic that the patient was actually the one spreading the inspiring words of comfort.”

Alex overcame his barrier, wound up marrying his childhood sweetheart and now they have children of their own. He owes his life to God and the many good people who rallied around his cause.

One of them was Alicia who lived 1,500 miles away and had a similar disease. After several phone calls, they finally met. They were never strangers. Through their cancer, they became instant companions and maintained a constant vigil toward one another.

Alex left me with a valuable piece of advice and I share it with anyone looking for a panacea.

“As my brother told me at one point along the way, I wish I could do some of the treatment for you,” he said. “Unfortunately, that part is on you. But I am here to support you however I can.”

It is what it is, I keep reminding myself. One day, I’m on easy street with my life. The next appears a dead end. But somewhere, in that tunnel, there is a ray of sunshine and I hope to see the light. Somebody once told me that obstacles are the stumbling blocks that often become the stepping stones to success.

Another day, another infusion. My four-hour treatments are not without intervals of joy—from the lunch cart guy to the librarian. From the interfaith minister who provides prayer to the social worker with a kind word. They pop into my cubicle and bring me sustenance.

It is then that I realize a source of vitality. These obstacles I mention are intended to make us better—not bitter.