STOCKHOLM, Sweden (A.W.)—Barbaros Leylani, the vice president of the Turkish National Association of Sweden, has resigned after calling for the death of “Armenian dogs” at a Stockholm rally last week, reported the Associated Press (AP). 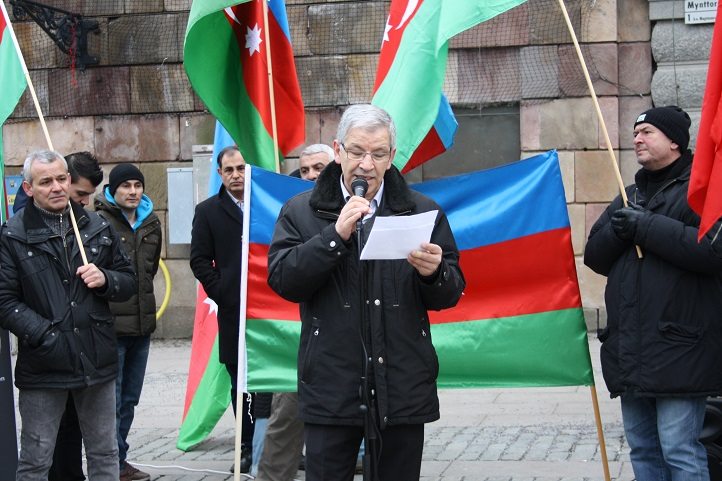 According to a report by Armenia’s ArmenPress, Leylani also called for a unification of Turkic republics. He declared, “Armenian scum must be finished,” in regard to the latest conflict in Nagorno-Karabagh. ‘…Turkish and Azerbaijani diasporas (closely tied to Ankara and Baku) are pouring fuel on the fires of anti-Armenian hatred,’ the ANCA remarked

In his statement of resignation as vice president on the association’s website on April 11, Leylani apologized for his remarks, stating he was misunderstood. According to AP, Swedish legal watchdog Juridikfronten said that it had reported Leyani to police for incitement to racial hatred.

“Armenians worldwide are protesting for peace and pressing for life-saving gunfire locators, while the organized Turkish and Azerbaijani diasporas (closely tied to Ankara and Baku) are pouring fuel on the fires of anti-Armenian hatred,” the Armenian National Committee of America (ANCA) remarked in a Facebook post on April 11.